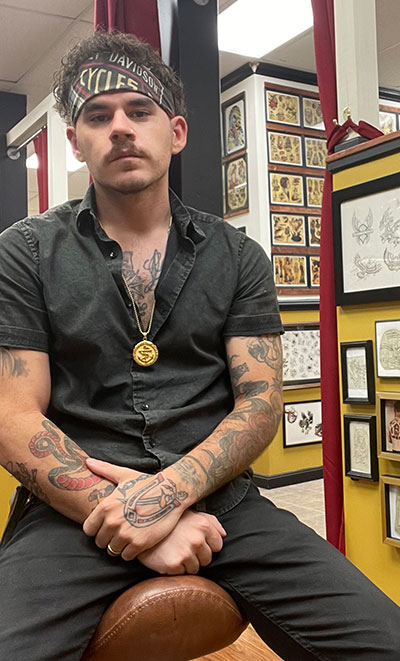 Growing up in Baltimore, MD, Kris started his interest in art at a young age. From the age of 13, he began writing graffiti anywhere there was a blank wall. This continued until he moved to Florida and got his first tattoo at 18. From that point on he became obsessed with the art of tattooing.

Hanging around the shop and helping out lead to an apprenticeship at Black Chapel Tattoo in Orlando, FL. After a few years Kris moved back up to MD and finished his apprenticeship and has been tattooing full time since 2020.

Specializing in American Traditional, Kris’ main focus is anything with a strong outline and bold shading. He also spends his time painting flash and studying tattoo history.

Continuously searching for knowledge in tattooing has consumed most of his life, but he wouldn’t have it any other way. It might have taken him down a long road, but he is proud to say he now has the job of his dreams at Stay Gold Tattoo Company. 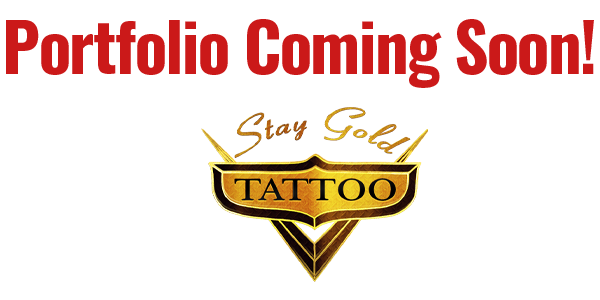 "Great shop with great artists. Everyone is so welcoming and makes you feel comfortable. Overall, a great atmosphere. They also do amazing work and the shop is spotless. Absolutely no complaints, I highly recommend. Beautiful results · Incredible artists · Great deals"

"will be coming back for more!"

"very nice staff great work not rushed definitely loved the work an service Jamie was amazing definitely will be coming back for more!"

"Bryan does amazing work and is a very talented artist. I highly recommend him and his shop. They are super friendly and down to earth group of folks. Amazing results!"